Bonnie and Clyde Star in Death

Now for a magic lantern show that’s a little weird:

The death of the notorious gangsters, Bonnie and Clyde created a sensation, and exploitation of it was almost immediate.  The show promoted in this flyer combined a three-minute movie of the ambush with 30+ lantern slides of photos by Bonnie, morgue pictures of the bloody bodies, etc.  You can see the movie online.

The lantern slide of Clyde in the morgue was made by the Kansas City Slide Co., which specialized in producing slides to order, usually for churches or for lantern-slide advertisements.  Walt Disney worked drawing cartoons for this slide company before he set up his own studio.

Lantern slides of robbery and murder were rare. When they appeared they were usually in the context of the violent effects of drinking, as in this temperance slide. 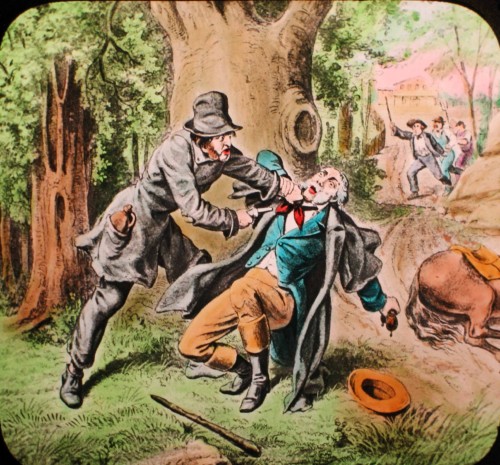