Terry Borton is the curator of The Museum of American Magic-Lantern Shows.  He grew up watching family lantern shows put on by his father, using his great-grandfather’s lantern. Later he put on shows himself for his own children.

In 1992 he founded The American Magic Lantern Theater, the nation’s only professional touring group that gives magic lantern shows.  The Theater has performed its repertoire of eight shows in 36 different states and six foreign countries.  NPR calls it “a living national treasure.”

In addition to performing, Terry has been actively studying the role of the lantern in American cinema and culture. With his wife he published the book, Before the Movies: American Magic-Lantern Entertainment and the Nation’s First Great Screen Artist, Joseph Boggs Beale.  He has also published a series of scholarly articles in the research journal of The Magic Lantern Society of the United States and Canada.  These articles are the first to describe the broad range of professional lantern shows in America from the 1890s to the 1920s, and form the research base for this virtual museum.  (Click Scholarly Background for specific links.)

Terry has a doctorate in education from Harvard. Before his magic-lantern career, he was a teacher, curriculum specialist, and educational researcher.  For 15 years he served as Editor in Chief of Weekly Reader, the national children’s newspaper, which at the time had a circulation of nine million. 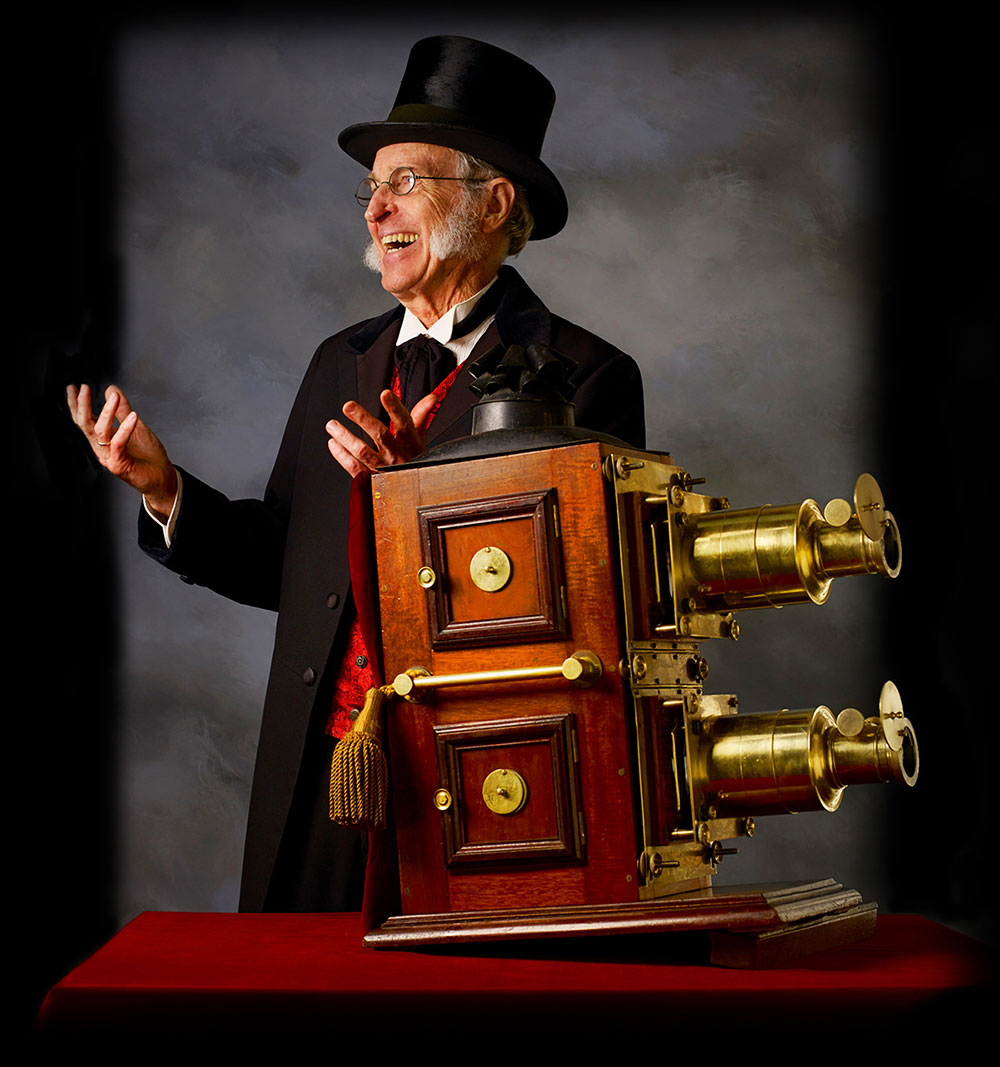