A Different Kind of Magic Lantern

With the development of limelight in the 1850s, a new kind of magic lantern made it possible to give lantern shows to audiences of thousands of people. “Limelight” was created by heating a piece of limestone in a mixture of burning oxygen and hydrogen (bottom image). The limestone turned incandescent, much like a modern Coleman lantern, and gave a very bright light that could be used for spotlights and lantern performances. The gases were dangerous, however, so limelight shows were largely limited to professionals.

Professional lanternists, like the one shown in our Home Page etching, often used a double lantern, called a “biunial”or “stereopticon.” This type of lantern did not actually project a “3-D” picture, but it did allow the lanternist to smoothly dissolve from one scene into another by shifting the light from one lens to the other.

At about the same time that limelight was developed, in the 1860s, kerosene became abundantly available. When burnt in a lantern like the Marcy Sciopticon, it did not produce as bright a light as limelight, but it was much safer, making it possible to develop lanterns for use by thousands of amateurs in homes, churches, schools, fraternal societies, etc. Even children used kerosene lanterns; in fact, they were probably as popular in middle-class homes as video games today. In America alone, hundreds of different types of lanterns were developed, using many different kinds of light sources.  See more adult lanterns here, and toy lanterns, here.

Next: Different Kinds of Slides 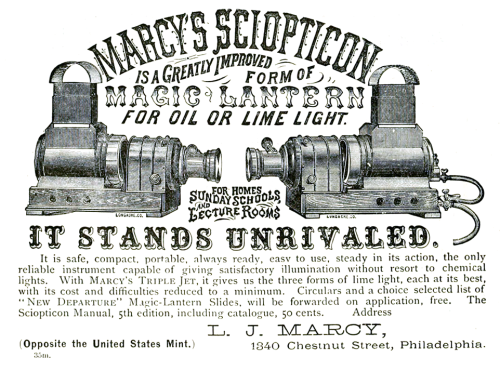 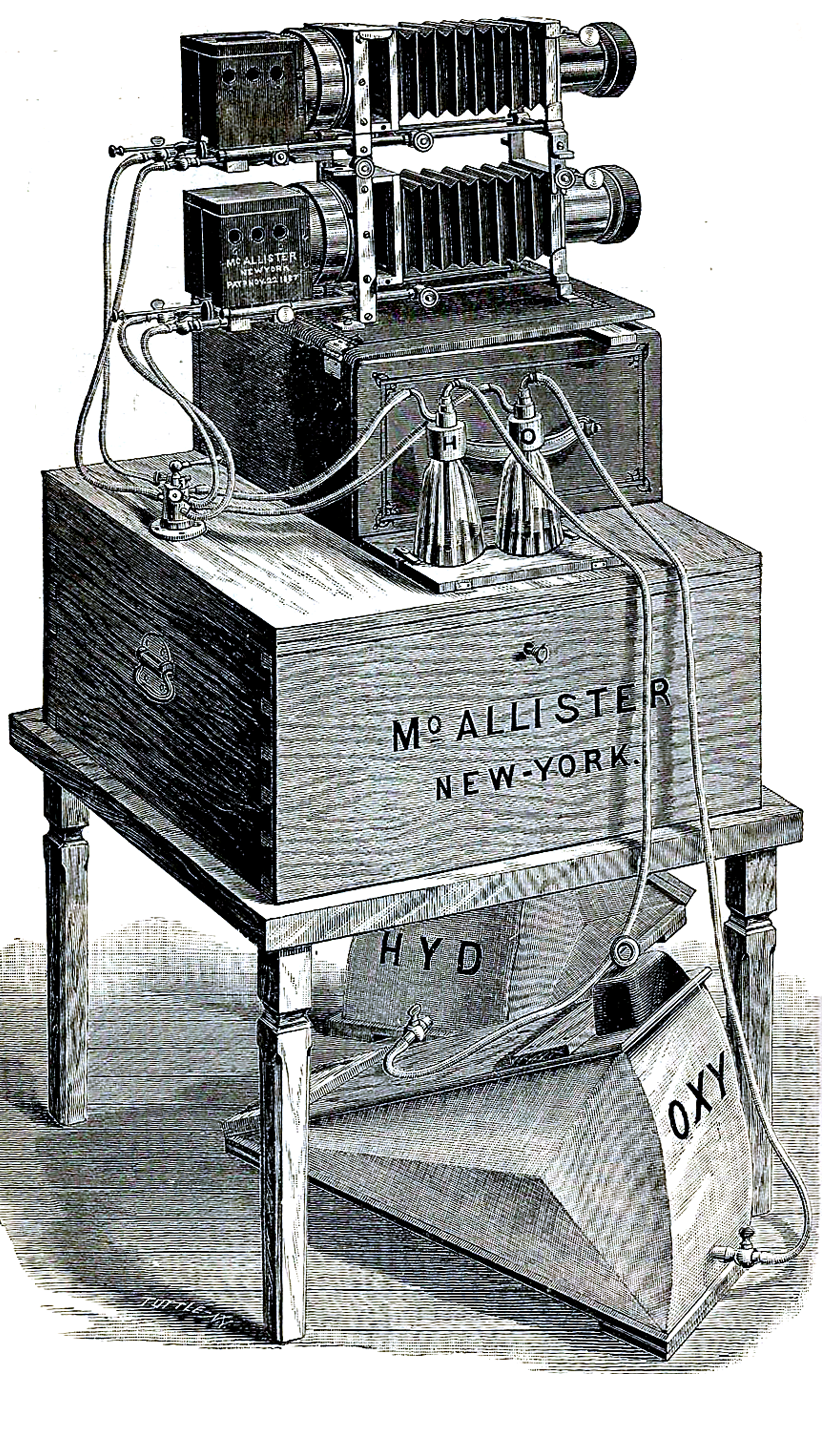