Religious groups put on their own magic lantern shows.  One of the biggest was the Photo-Drama of Creation, a combination of glass slides, records, and movies sponsored by the International Bible Students Assn. (Jehovah’s Witnesses).  Its purpose was to alert the nation to the coming end of the world which they predicted would occur in 1914.

Promotion for the show, like this large 2 x 3’ poster, was extensive. One hundred teams of operators, like the one shown, toured continuously. They followed a script—this one in Polish for Polish-American audiences.  You can see the full Photo-Drama here. In one year it reached between 9 and 11 million people. About 10% of the slides in it were by Beale, who created over 600 religious images.

Churches of every denomination were one of the major users of the lantern—for illustrated hymns, for evening lectures and entertainment, for Sunday-School, and for missionary activities. 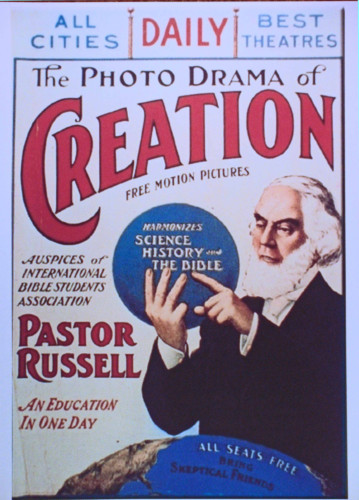 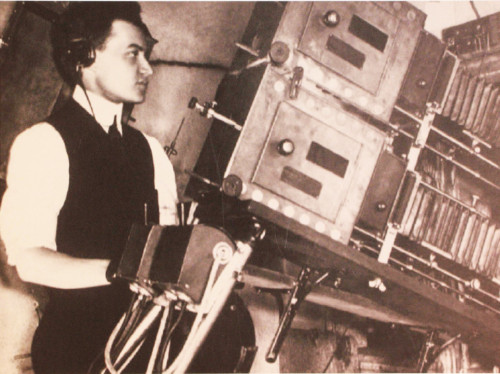