As you will see from the exhibits, magic lantern showmen were a varied lot, ranging from illiterates who moon-lighted with little shows in their local neighborhood, to extremely well-educated and experienced professionals who toured nationally, and made a substantial part of their living from their art. There were about 500 such “professionals” performing at various times in the period, 1890 to 1923. Some became national celebrities, and fabulously wealthy. (See Scholarly Background, items 2 and 5 for a complete list.)

The shows represented in the Museum grew out of a 250-year tradition. The lantern was invented in the 1650s, probably by Christian Huygens, a famous Dutch scientist. In those early days, intellectuals used the lantern for demonstrating the properties of light and other scientific matters. Traveling showmen toured throughout Europe, carrying lanterns and slides on their backs. They could only give shows to a few people at a time because the light sources were so poor. The slides were often crude paintings, made one at a time.

Gradually better light sources were developed, and companies began producing more professional slides, including slides that created moving images. For two centuries the lantern was an important part of European culture. During the lantern’s third century, the lantern remained an important cultural influence in Europe, and indeed around the world, including the American developments traced in this Museum’s exhibits.

Next: Different Kinds of Lanterns 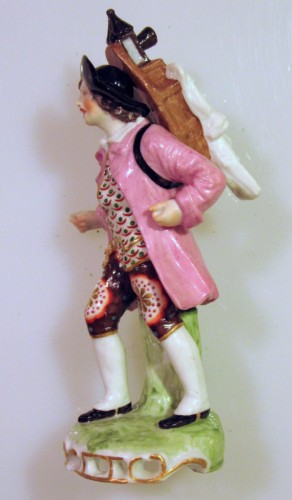