Very broadly speaking there were two types of lantern shows, “entertainment shows” that usually combined stories, songs, and comedy; and “illustrated lectures” that presented material on a serious subject like travel or art, dramatized with lantern images.

Entertainment Shows (Santa picture) are the kind most often re-created today, including the shows of The American Magic Lantern Theater (AMLT). The shows had great appeal, but they made up less than 10% of what was offered to adults in the 1890s. To see a seven-minute promo for an AMLT Entertainment Show, click here.

Illustrated Lectures were much more common than entertainment shows in the 1890s, their popularity driven by the Victorian passion for cultural improvement (Slum picture). They constitute the majority of the shows promoted in the Museum’s exhibits, and cover every conceivable subject. Click here for a eight-minute condensation of an actual illustrated lecture— Jacob Riis’s impassioned plea for reform in New York’s slums. 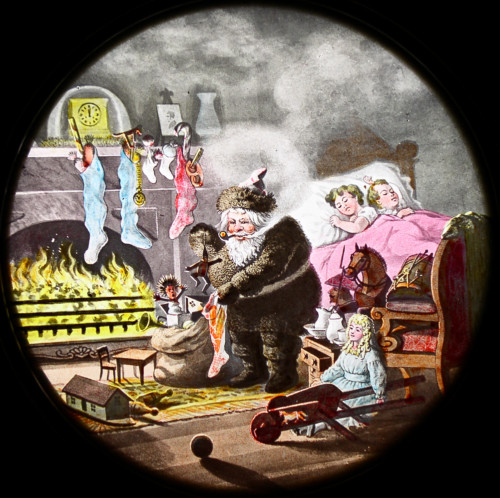 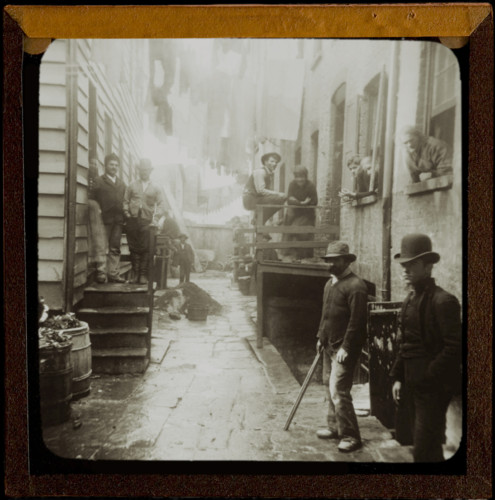