After 1915 magic lantern shows were never the force they had once been in American culture, but they did not disappear.  This booklet from the Armed Forces is the most modern illustrated lantern lecture material in the Museum’s collection.  It carries listings for some 10,000 slides still being projected by the Army in 1965. The Army was continuing to use lantern-slides because the large format was much clearer when projected than the smaller 35mm format.

The Keystone View Company, a major creator of slides for schools, produced a similar set, “The Effects of Atomic Weapons,” a sample of which is shown.  University art classes, where the clarity of projected images was especially important, also continued to favor lantern slides.

You’ve had a taste of magic-lantern culture.  For more, take the in-depth Half Hour Tour.  And if you have to leave us now, please spread the word on social media, using the icons below! 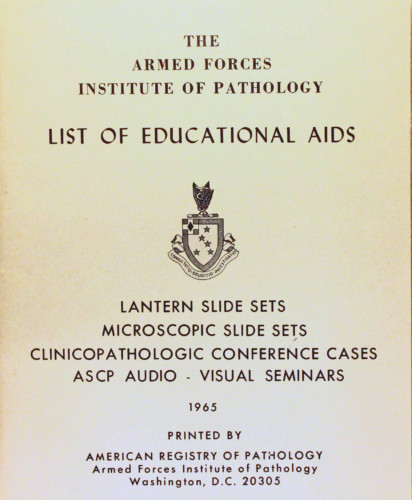 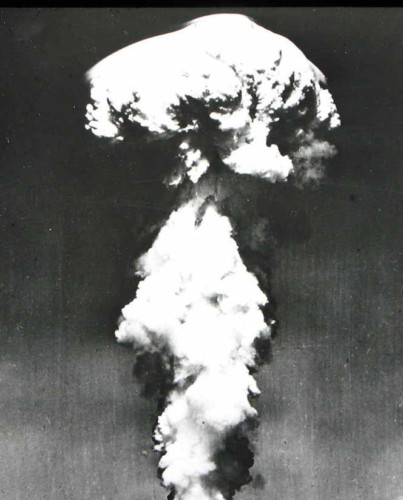