Almost every issue of almost every consumer magazine 100 years ago carried one of these little  magic lantern ads. The lanterns advertised were usually inexpensive, to be used for amateur performances in schools, churches, small halls, and fraternal societies; and by proud papas and doting grandpas in homes. The ubiquity of these ads, and of inexpensive lantern kits in the trade catalogs, demonstrates how widespread such small magic lantern shows were.

The ad headlined “Profits for Lecturers” touts the money-making potential of shows by amateur showmen.  Altogether there were some 300 American lantern-slide companies, selling perhaps  1,200,000 lanterns over the 40-year period, 1880–1920.  It was the tens of thousands of amateurs using these lanterns that formed the backbone of the lantern industry, and accounted for the untold millions of slides sold. Today, one hundred years later, you can find about 24,000 of them for sale on eBay. 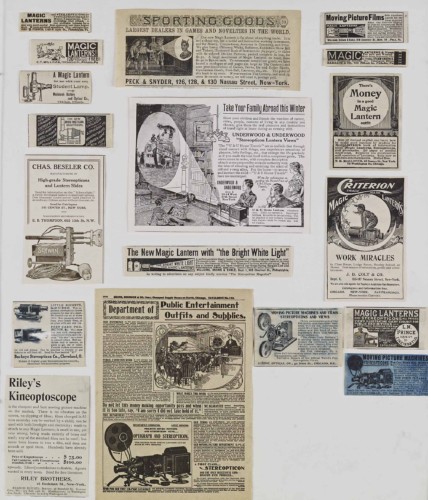 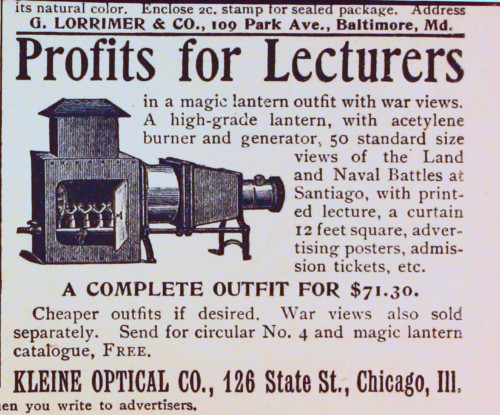